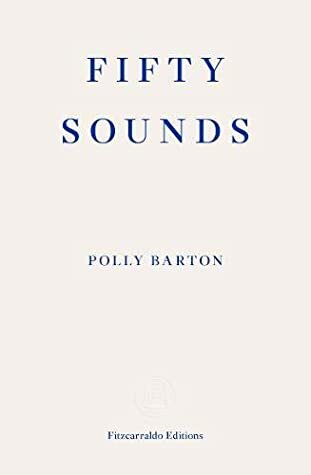 Why Japan? In Fifty Sounds, winner of the 2019 Fitzcarraldo Editions Essay Prize, Polly Barton attempts to exhaust her obsession with the country she moved to at the age of 21, before eventually becoming a literary translator. From min-min, the sound of air screaming, to jin-jin, the sound of being touched for the very first time, from hi’sori, the sound of harbouring masochist tendencies, to mote-mote, the sound of becoming a small-town movie star, Fifty Sounds is a personal dictionary of the Japanese language, recounting her life as an outsider in Japan. Irreverent, humane, witty and wise, Fifty Sounds is an exceptional debut about the quietly revolutionary act of learning, speaking, and living in another language.

Winje Agency represents the author and Fitzcarraldo Editions in the Nordic countries.

This book: a portrait of a young woman as language-learner, as becoming-translator, as becoming-writer, in restless search of her life. It is about non-understanding, not-knowing, vulnerability, harming and hurt; it is also about reaching for others, transformative encounters, unexpected intimacies, and testing forms of love. It is a whole education. It is extraordinary. I was completely bowled over by it.

Polly Barton is a translator of Japanese literature and nonfiction. Born in London in 1984, she studied philosophy at Cambridge before traveling to Japan. She holds a MA in the Theory and Practice of Translation from SOAS, University of London, and was awarded first prize in the inaugural JLPP Translation Competition for her translations of Natsuki Ikezawa and Kobo Abe. Recent and forthcoming translations include short stories by Aoko Matsuda and Naocola Yamazaki, a novel by Sawako Ariyoshi, and various nonfiction projects. Polly Barton won the 2019 Fitzcarraldo Editions Essay Prize for Fifty Sounds.