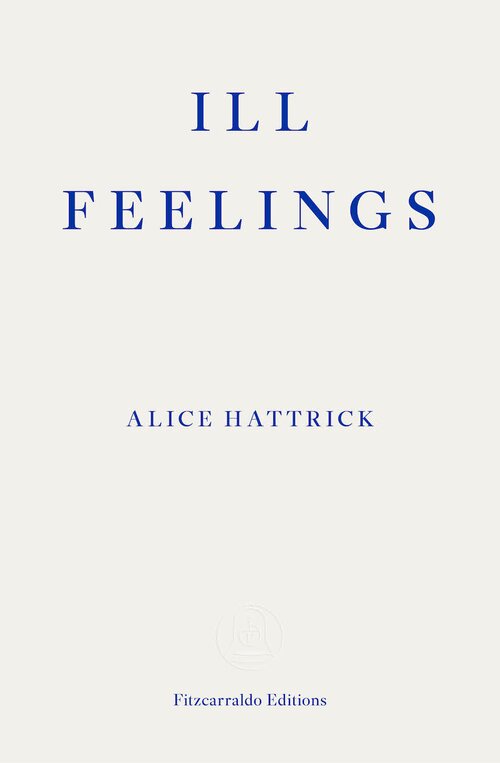 In 1995 Alice’s mother collapsed with pneumonia. Her lungs were infected, which caused flu-like symptoms: fatigue, headache, chest pain, fever. She never fully recovered and was eventually diagnosed with ME, or Chronic Fatigue Syndrome. Then Alice got ill. Her symptoms mirrored her mother’s and appeared to have no physical cause; she received the same diagnosis a few years later. Since this time, neither of them have been well, even if, at times, they believed they were well-enough. Structured around the narrative of the author and her mother’s own ill feelings, Alice Hattrick’s collective biography of illness branches out into the records of ill health women have written about in diaries and letters. Her cast of characters includes Virginia Woolf and Alice James, the poets Elizabeth Barrett Browning and Emily Dickinson, Ruskin’s lost love Rose la Touche, and the artist Louise Bourgeois. Ill Feelings is a moving and defiant debut from a bold new voice in narrative non-fiction which inhabits a similar space to Leslie Jamison’s The Empathy Exams and Emily Pine’s Notes to Self, but has a texture and voice – a generative, transcendent rage – of its own.

Alice Hattrick’s criticism and interviews have appeared in publications such as frieze magazine, Art Review and The White Review. She completed an MA in Critical Writing in Art and Design at the Royal College of Art in 2013, and a BA in History of Art at the Courtauld Institute in 2008. She has been involved in projects and events at South London Gallery, Goldsmiths Centre for Feminist Research, ICA, The Photographer’s Gallery, Serpentine Gallery, The Barbican among others. She was shortlisted for the Fitzcarraldo Essay Prize in 2016. Ill Feelings is her first book.