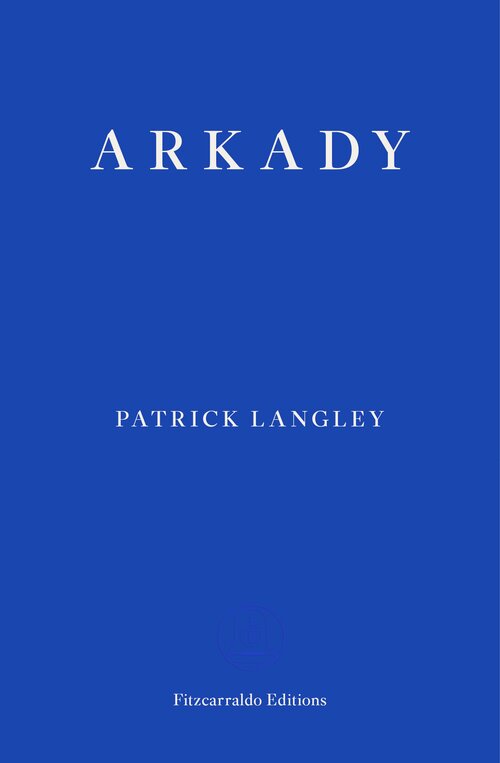 In collaboration with Fitzcarraldo Editions

Brothers Jackson and Frank live on the margins of a big urban sprawl. From abandoned tower blocks to gleaming skyscrapers, their city is brutal, beautiful and divided. As tensions bubble to the surface and the teeming metropolis is pushed to the brink, the young brothers sail off in search of the Red Citadel and its promise of another way of life. A portrait of modern urban living, Patrick Langley’s debut Arkady is a brilliant coming-of-age novel as brimming with vitality as the city itself.

Tense, vivid and humane, this novel gives us not only a dark future but also – over the horizon, past the next riverbend, through that hole in the fence – a chance of saving ourselves from it.

Langley’s invented metropolis was a joy to spend time in. In my visual imagination, it looked as if it had been halfpainted by L. S. Lowry and finished off by H. R. Giger. And the ambience was a little bit Stalker, and a little bit Tekkonkinkreet. But then at the heart of it all was this complex, tender relationship between brothers, and Langley’s writing – which somehow managed to be both unembellished and evocative.

Sara Baume, author of A Line Made by Walking.

Arkady raises questions about what happens after capitalism finally collapses. … It’s difficult not to think of JG Ballard throughout, but Langley’s unforgiving urban scapes also recall the sound of dubstep pioneer Burial or early pirate-station grime. The prose crackles with energy as the narrative follows the constant movement by placing the reader on a well-oiled tracking dolly, often zooming out to remind us of the bigger picture. Langley is a highly visual writer and Arkady an assured allegorical debut about a near-future Britain that is potentially only a recession or two away. 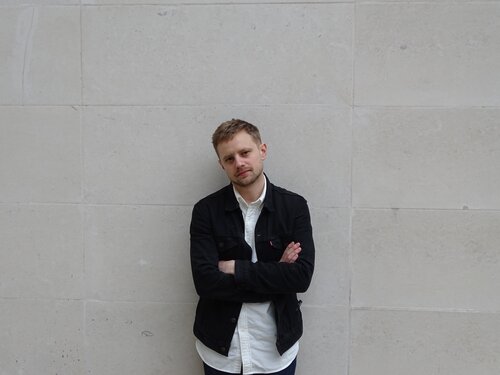 Patrick Langley is an established writer on art and literature for publications such as frieze, Art Agenda, Art Review, Rhizome, and more. Langley is also a contributor editor, and writer, at The White Review. Langley has also been a runner-up for the Deborah Rogers Award for the title The Brothers King, an early draft of Arkady.